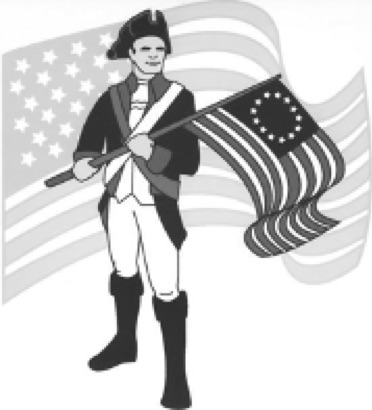 “We hold these truths to be self-evident, that all men are created equal, that they are endowed by their Creator with certain unalienable Rights, that among these are Life, Liberty and the pursuit of Happiness.”

The first draft of this Declaration was made by the Continental Congress shortly before the great battle of Brooklyn Heights and was shared with the Continental Army by General Washington. This was a battle that we should have lost to Great Britain except for the miracle of an exceptionally dense fog.

On August 27, 1776, General William Howe had trapped the Continental Army in Brooklyn Heights with their backs to the sea. Facing an army 10 times their strength, and seeing no way to win the battle, General Washington decided to move his men and equipment during the night from Brooklyn Heights where they had congregated expecting the British to attack from the sea. Instead the British attacked from behind them with 32,000 troops aboard over 400 ships a few miles across the harbor on Staten Island. The water was boisterous where the British ships were, but uncommonly calm on the East River, which allowed General Washington to move all of his men, horses, cannons, etc., up the river and out of danger.

However, as dawn came, still half of the Americans were still in Brooklyn Heights. As the sun began to rise, a miraculously dense and thick fog lingered, blocking the evacuation from being seen by the British. The fog remained, even after the sun had risen, so thick you “could hardly make out a man six feet away,” wrote Major Ben Talmadge, Washington’s Chief of Intelligence. General Washington was on the last ship to leave Brooklyn Heights. He had not lost a single man or any equipment. Indeed, never again did the British have such an advantage over the American army, according to historians.

This was just one of many miracles that allowed a small Continental Army to win the Revolutionary war against the mightiest country in the world at that time. Providence was watching over us, and still is. Even as we are experiencing upheaval in our country due to COVID-19, economic downturn, and civil unrest, this country is still the greatest country in the world. We have something many other countries do not have…Liberty.

“For to be free is not merely to cast off one’s chains, but to live in a way that respects and enhances the freedom of others.”

How to Update your Home — Without Spending Thousands What is water backup coverage and why is it important?

““We just moved here from Texas – the process could not have been easier. Gail and her team took over, they had everything in place for our closing and moving our car insurance too. Thank you for your great work!””